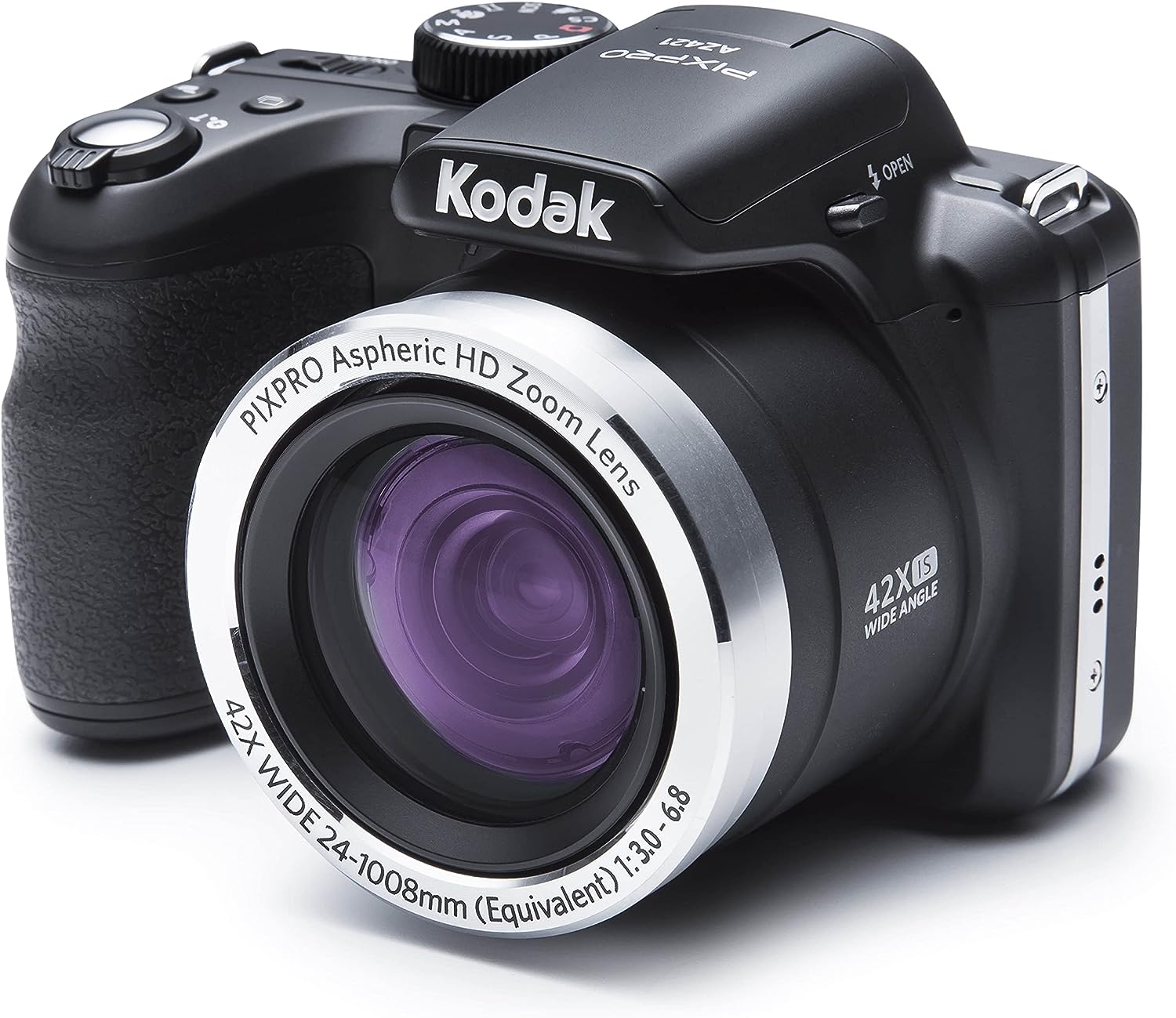 This fits your .
"li" 42x optical zoom and a 24mm wide angle lens Moves you closer to the subject and fit more into every frame; 1080P "li" Face/Cat/dog detection detects facial features and enhances it for true subject highlighting, even your four-legged Cat and dog friends. Blink/smile detection helps you to capture the perfect moment. "li" Face Beautifier mode and loads of built-in touch-up features allow you to reduces facial flaws, enhance skin tone and the eyes of your portrait subjects instantly. "li" Use the Panorama mode to create a seamless panoramic picture to 180-degree easily by panning the camera across your subject. Continuous shooting "li" The az421 takes a standard SD/SDHC memory card that is at least Class 4 and no larger than 32GB "li" The az421 is not compatible with Micro SD, micro/adapter, Ultra, Ultra plus, Extreme, extreme Plus, Extreme Pro, or SDXC cards